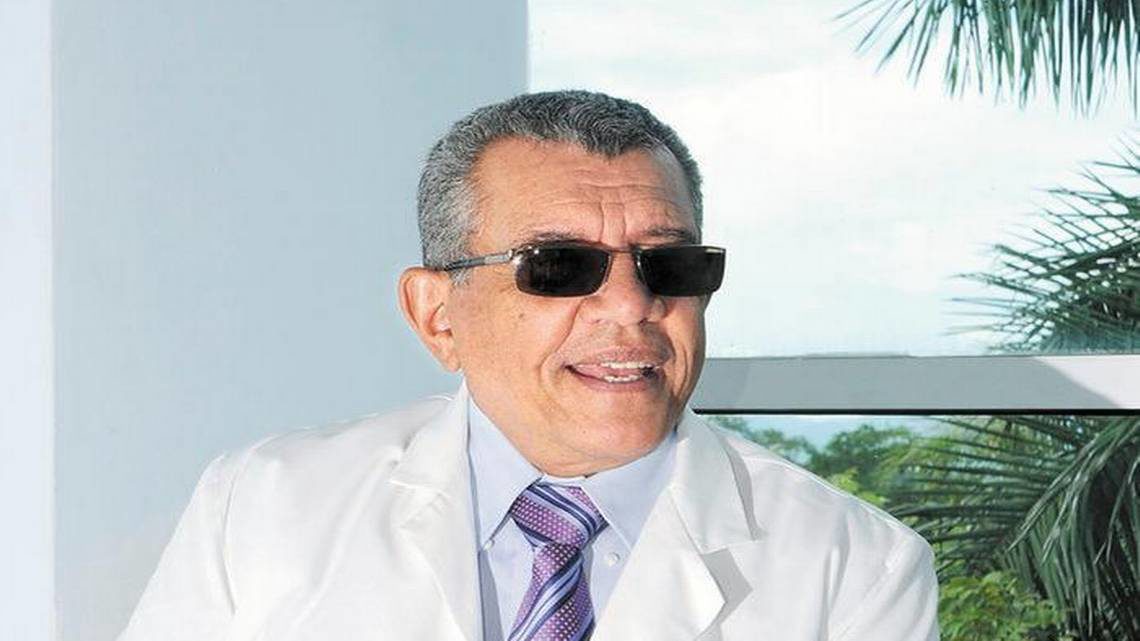 Only in Miami: A local doctor was sentenced to four years in prison on Thursday for providing millions of dollars in medical services to U.S. expatriates at a clinic in Nicaragua — all fraudulently billed to the taxpayer-funded Medicare program.

Dr. Santiago B. Montoya received the same punishment as his son, Rodney, a one-time lawyer, who was sentenced earlier this summer to four years in prison for his role in the unprecedented $25 million healthcare fraud scheme. The father and son, who cut plea deals, operated a clinic in Managua under the network of a now-closed managed-care business, Florida Healthcare Plus.

Using phony Miami-area addresses, more than 1,000 expatriate patients were illegally — and perhaps wittingly — enrolled between 2011 and 2014 in the network run by the Coral Gables business and several other companies. The scheme without borders broke Medicare laws because the federal insurance program for the elderly and disabled does not allow coverage of beneficiaries’ claims if they are receiving the services in a foreign country.

.S. District Judge Federico Moreno gave the physician a substantial break on his sentence — and not because of his age, 73. Moreno noted that Montoya actually provided care to the retired expatriates, unlike the typical South Florida Medicare criminal case, where little to no services are rendered. The judge also recognized that the doctor helped federal prosecutors with incriminating evidence against the ringleader of the healthcare fraud conspiracy, just as Montoya’s son did.

“I think the father and son should get the same thing,” said Moreno, who also pointed out that the son, Rodney, had cooperated with prosecutors in their case against the father, Santiago.

“Doesn’t that make you queasy?” the judge asked during Thursday’s hearing.

Moreno’s stiffest sentence was reserved for Pedro Hernandez, the former chief operating officer of Florida Healthcare Plus, who went into business with the Montoyas in Nicaragua. The judge gave Hernandez eight years — about half the punishment sought by prosecutors — after citing the “nature of the fraud” and that medical services were provided at the Nicaraguan clinic.

“I think it’s a lesser fraud than not rendering services,” the judge said.

But Assistant U.S. Attorney Eric Morales strongly disagreed: “We think the court is focusing too much on that.” Morales argued that Hernandez was the “leader” who organized the international scam to provide cheap medical services in Nicaragua covered by federal dollars from the Medicare program.

Morales objected to Hernandez’s sentencing, saying it was not “reasonable.”

The judge also sentenced the former executive’s business associate in the Miami-Nicaragua scheme, Freddy Zeron, to three years in prison. Moreno credited him with returning from Nicaragua, assisting prosecutors in the probe and also providing actual medical services to the expatriates.

At Thursday’s hearing, the prosecutor and Hernandez’s defense attorney, Omar Johansson, argued over the leadership role of the one-time Florida Healthcare Plus executive in the Medicare fraud scheme. Morales insisted that Hernandez was “No. 1” among the 11 defendants charged in the case. Johansson countered that Hernandez was not a “godfather” figure in the racket, accusing the Montoya family of being involved in Medicare fraud in Nicaragua since 2004.

Court records show that in 2012, the father and son agreed to merge their Managua clinic with an established medical facility run in Nicaragua’s capital by Hernandez and his associates, Zeron, and Edgardo Rodriguez. Earlier this summer, Rodriguez was sentenced to 3 1/2 years in prison.

In his plea agreement, Hernandez admitted that he collaborated with Abram Rodriguez, the former marketing director at Florida Healthcare Plus, to sign up retirees abroad as Medicare patients. Rodriguez, who pleaded guilty, faces sentencing in September.

The illicit operation also extended to the Dominican Republic, where it was directed by Erendira V. Delgado. She was sentenced to almost 3 1/2 years in prison.

“In these enrollment applications, the defendants represented that the foreign residents resided in Florida by using nonresidential addresses, the addresses of beneficiaries’ friends and relatives, and addresses associated with the defendants,” the U.S. attorney’s office said.

The office said that Florida Healthcare Plus, which operated under the private Medicare Advantage plan, received about $10.5 million in government payments for illegally treating the beneficiaries in Nicaragua and the Dominican Republic.

Authorities said the investigation — led by agents with the U.S. Department of Health and Human Services’ Office of Inspector General, the Diplomatic Security Service and the FBI — is the first of its kind in South Florida, the nation’s capital of healthcare fraud, and in the United States. They credited the U.S. Embassy in Managua with assisting in the probe.